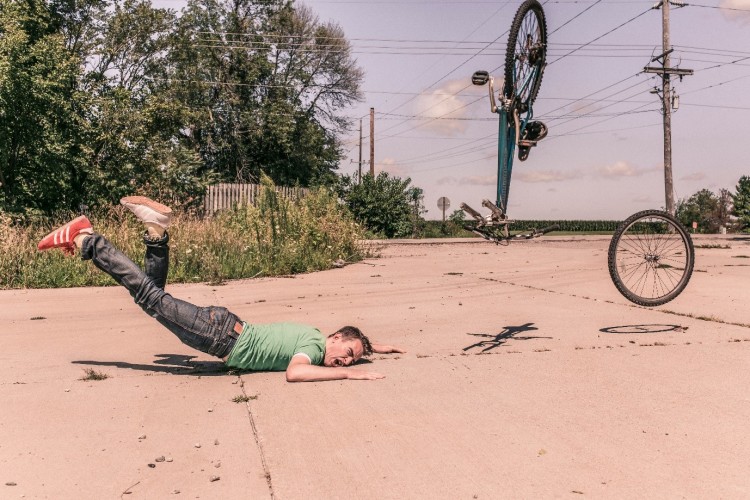 Last year I was invited to be one of the speakers at a high school assembly about our career journeys. The architect, business woman and teacher who had preceded my own talk all spoke about the subjects they chose at school and the degrees they went on to accomplish to enter the roles they were now in. I had realised from listening to my peers that something was missing from what we were sharing, and what our audience needed to hear.

What went wrong along the way?

I focussed my presentation on every failure, firing and fiasco I’ve lived out along the way, and how each of those things are as valuable to me as anything I could legitimately declare a success. Because they, too, got me to where I am now. As did all the jobs I was good at, but despised; and the ones I kinda liked, but was, as my then colleagues told me, ‘nae guid tae man nor beast’ when it came to doing the work.

Add to that the repeated failed driving tests (when a licence was a condition of the promotion I’d worked so diligently to earn), the banishment from a university, the two rejections from a prestigious art school that sandwiched the offer of a place that I rejected out of sheer stubbornness, and the half-failed work-place cycling proficiency test. (Half-passed, you could say; the examiner took pity on my inability to indicate right without falling over. In response to my desperate sobs he reluctantly agreed that he’d sign me off on the proviso that my journeys were made of left turns only and that I promised to practice clockwise circles in my spare time).

I noticed my young audience sit up and pay attention. Engaged because they could relate to my own cracks and flaws, motivated because they understood how those could be converted to learning experiences, relieved that it’s acceptable to mess up; it’s how you deal with it that matters.

You see, as neurodiverse individuals, we typically become adept at recording our difficulties and collecting our failures and insecurities anyway. What we need to be better at is recognising the value lurking within each one.

I found that when I aired all my disasters to the fledgling employees in front of me, they didn’t laugh and they didn’t scorn; they warmly thanked me for sharing an honest portrayal of my whole career journey. They marvelled at how interesting life can be when it’s not a straightforward route, like all the airbrushed success stories they siphoned from Instagram day-to-day. My presentation of failures had, in part, demystified what a ‘career path’ can be.

Since that assembly, I’ve discovered that others have done the same, sharing their CVs of Failures. I can assure you, it’s a cathartic process when you get going, especially with hindsight and wisdom to soften the process. It’s up to us to be kind to ourselves, and to revel in our lives ‘less ordinary, more interesting’. If there’s one thing us neurodiversies are truly gifted in, it’s seeing the bigger picture, and recognising what part each of those fallen moments have contributed to our character, to our story. It’s how we tell those stories, the conclusions we draw from them, that will really make or break us. Own your so-called ‘failures’, they’re worth a lot more than you may realise.

What’s your CV of Failures?

Subscribe to Dyslexia Scotland TV to catch new episodes in the Dyslexic Career Journeys series with dyslexic adults talking about their current job roles and how their strengths and challenges formed their careers.

One thought on “A CV of Failures”