A wonderful blog by doreenjank.

I have just seen “The Big Picture” documentary film; which reminded me of how important different viewpoints, understanding and perspectives of a learning difference can be. I don’t want to say anymore as I would like you to watch the film; and not just take away my interpretation.

Also whilst volunteering in the office I realised why I always made mistakes (as a child) with the small functional words when reading (which had my parents pulling their hair out). I heard the following description of dyslexia. Dyslexics can’t make mental pictures of the functional words in the same way as they can with a word like ‘car’. And that dyslexics don’t have the innate skills to learn to read (i.e. associating sounds with letters).

*Everyone has their own

> Present environment (both home and work)

> Abilities/inabilities and their perception of these (which in turn may be influenced by others views about how valuable their talents are).

> Ability/willingness to use imagination. How much reflective thought one engages in.

Use/misuse of perspective within teamwork

*  A team can achieve almost anything, if there are enough different viewpoints; but each individual must be able to relinquish at least some of their opinion to allow for others to be incorporated.

* Each individual must be respected enough (but not too much) for their views to be heard and considered.

* People must achieve, the extremely difficult task of listening/understanding and co-operating with others views (into a larger plan): whilst also being able to articulate their own views in a way, that each individual (or at least the majority of the people) in the group can comprehend.

Given all that has been said above how-on-earth can anyone (or even a group of people) create a single resource that everyone will find useful. I’ve been thinking about this; since I saw that there was to be round table event, to discuss the creation of a adult toolkit, on the Dyslexia Scotland’s Facebook page (which is extremely interesting and has right up-to-date info).

Some people really relate to words and others to pictures/symbols; what works for one individual may not work  for others (even for those within the group of individuals who have been labelled as dyslexic). Even within the category of those who relate to a picture/symbol there may be different reactions to the same icon, and individuals may even interpret the meaning differently. The english language and its usage (along with many other languages, I’m sure) is living and evolving so much that all but the most basic functional words like: a, the and at are subject to different interpretations (either wider or narrower than any dictionary definition, which themselves may not entirely agree). Once (or if) a toolkit (for example) has been created how can everyone in a country, region or place be made aware of its existence. We have a wonderful choice of media these days, how could any one advert , cover them all. And if that’s not enough colour-schemes are likely to be beyond contentious.

But then again where would we be if none of us had any perspective!!! 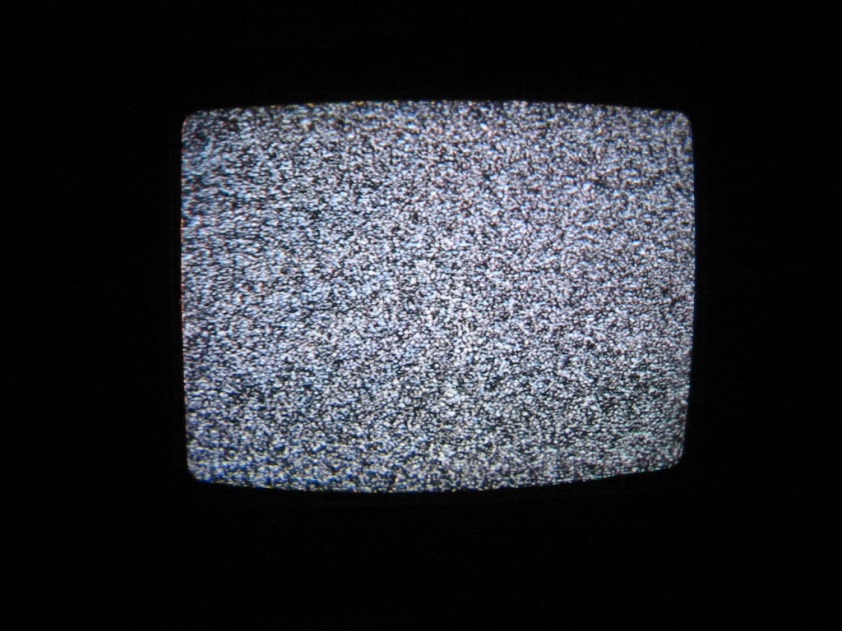 In a recent blog, I stated that a disadvantage of film and television over books was that everything has already been decided for the viewer, whereas books let the reader make decisions in their own heads.  However, what in one way appears to be a curse can in another way appear to be a blessing.  For although the print medium can encourage people to use their imaginations and think for themselves, there are some things that only the visual form can achieve.  Number one, flesh and blood people, fictitious as they are, are a lot easier to relate to than incorporeal individuals.  This is where the worlds explored in television and film can be a great vehicle to motivate and inspire others.  So why then, given the prevalence of dyslexia in the UK, is this not reflected more in movies or TV?

For those that argue that it would be futile as it would not create the drama demanded by modern audiences and those that finance the creative industries, that’s the point: dyslexia doesn’t have to.  People need to understand this en masse, whether they have it, know someone who does or even just for their own general knowledge.  And film and television, far-reaching as it is, is the perfect way to demonstrate this.

I’m not going to lie –  CBBC’s decision to develop a television show on the Hank Zipzer series of books (about a mischievous boy who happens to have dyslexia) is a great one, if long overdue.  But it would be equally problematic for this one character to become the definitive representation of young people with dyslexia.

Another (possibly even more welcome?) approach would be to integrate an individual’s dyslexia into the plot, but not let it dominate it.  Here’s an example from Doctor Who:

The Doctor:  We need to be ready for whatever’s coming up.  I need a map…

The Doctor:  Oh, that’s all right, I can’t make a decent meringue.  Draw like your life depends on it, Elliott…

The Doctor:  Look at that!  Perfect! Dyslexia never stopped Da Vinci or Einstein, it’s not stopping you.

I really like this dialogue, which takes place (in typical Doctor Who fashion), just as The Doctor, his companions and some innocent bystanders are preparing to save the Earth from a race of aliens that think of humans as vermin.  Not only does it reveal that Elliott is dyslexic, but it demonstrates a way in which he can be of use in the crisis, which is later reaffirmed when disaster is averted.  Although Elliott’s map didn’t single-handedly save the day, it didn’t need to.  The point had been made: Dyslexia should neither stop someone from doing something, nor does it have to dictate their lives, as is illustrated in this story.  However, Elliott, who only appeared in the series for two episodes, is the only example I can currently find of a dyslexic person on British television, which is odd considering how common it is in the UK.

True, there is Percy Jackson from the recently released films, as well as Ryder Lynn from Glee, but neither of these characters seem particularly accessible.  Percy started off life as a character in a series of fictional novels, hardly the best medium for dyslexics to access, and Glee is only available in Britain on Sky 1, meaning that less people are able to watch it now than was the case when it was first broadcast on Channel 4.  Not to mention that both these examples are American, and all the examples cited are children and young people.

Let me be clear.  Any positive role models for dyslexics are undoubtedly a fantastic thing that needs to be encouraged.  However, there is always more that can be done.  I find it odd that – to my knowledge at least – there are no dyslexic adults in British soap operas given 1 in 10 people in the UK are affected by it.  After all, they are supposed to represent real life, and if Doctor Who – which is as blatantly science-fiction as you can get – can do it, other television series in the UK – be it in soaps or anything else – can and should follow suit.

Note:  The Doctor Who episodes that the character of Elliott appeared in are called The Hungry Earth and Cold Blood.  Both were written by Chris Chibnall.

Earlier today, I stumbled across an extremely well written article regarding the importance of libraries, books and reading.  The writer was author Neil Gaiman, who gave the annual Reading Agency lecture (Reading Agency being an organisation that, according to Gaiman, exists to give equal opportunities to all by helping everyone become able readers).

In the lecture, he spoke about why books are so vital.  You may wonder why this merits repeating, but in the context of Dyslexia Awareness Week, I think it is no bad thing to remind ourselves of a couple of simple facts:

It is estimated that 1 in 10  people in the UK have dyslexia.

A significant part of this condition means that those who have it find it difficult to read.

So what is it that they are being denied as a result of this?  Or, to put it another way, why is reading essential?

One, reading introduces people to new words that arm them with new ways in which to express themselves that leads to a greater understanding of themselves and other people.  On a related note, this increased understanding lets people make sense of the world around them generally not just at work or school, but even in just having a conversation with friends.  The more words we know, the more nuances we can make, meaning that we can understand people better.  Consequently, this makes it easier to empathise with others and to be more engaged with society.

I’m not just talking about understanding what’s going on in, for example, Game of Thrones, either.

As much as people find a book easier to digest when they can relate to the character (aged eight I chose the first book that I read for pleasure on the basis that the character and I had the same name) it is not possible to identify with everyone you read about.  However, the more you read, whether it be fiction or non-fiction, the more knowledge you have about situations you may one day encounter.

For those books that have no bearing on real life whatsoever, well, that’s true escapism.  Who doesn’t deserve that?  And even if they don’t happen to have anything in common with reality at first glance, it doesn’t mean they can’t.  For example, nobody is going to meet a wizard like Harry Potter, but perhaps they will need to have the courage in the face of adversity that Harry so often displayed.

“Oh but why not watch the film?  Kids will prefer that anyway!”  I hear you cry.

Here’s the thing.  With film and TV, the colours, sights and sounds are there to be seen already, it’s someone else’s world, not yours that can be imagined and explored in your head.

When you come out of the book and back into the real world, you are better for it (provided you haven’t been forced to read it) regardless of the initial intention.  Not only that, but for so many reasons, knowledge is power.  Empowering dyslexics is even more important than it would be for others when you consider that they often feel powerless as result of the struggles they face.  If a dyslexic is encouraged to read and finds a good book then maybe being dyslexic won’t be so scary anymore, which is why an organisation like Barrington Stoke, and indeed literacy in general, is so crucial.

Neil Gaiman conveys the general importance of literacy much better than me,  check out a transcription of the lecture.